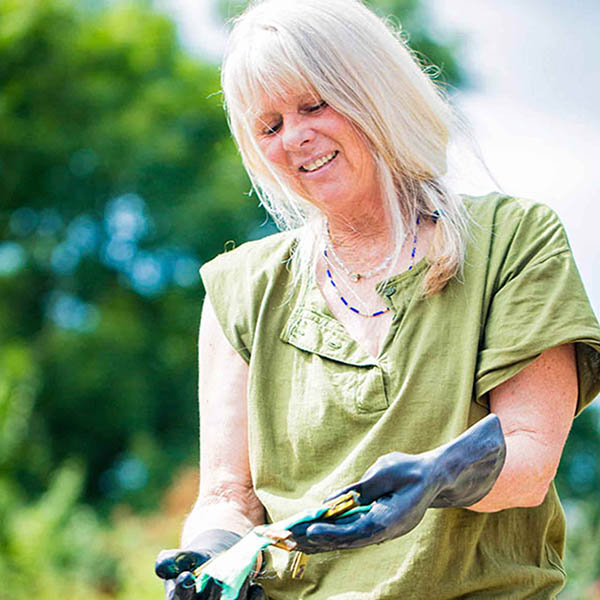 I travelled a lot as a child with my family so it was in the blood, and after I left school I spent several years travelling around and working in various countries. Firstly in Europe, spending summers in Ibiza selling beach party tickets, then overland to India before hopping on to Australia where I worked on a fishing boat for months up in a remote mining area on the Western Coast. Periodically, I saved money back in UK doing various things including taxi driving (big tips!) to fund overland adventures through Africa.

Then I met Julian, who is an artist/printmaker and a beekeeper - we started family life in Norfolk where we lived in various ruins, caravans, the odd bus and led a 'self sufficient' lifestyle with goats, a pony, pigs, chickens, a milking cow and orphan lambs. Gardening became a passion, particularly vegetables as we could eat them, but I loved growing a few flowers! Someone gave me a spinning wheel and a friend taught me how to spin; another one taught me how to knit and then with homeschooled children (we had 3 girls) we built bonfires, boiled up various plants in big pots and discovered the amazing colours that could be bestowed on fleece.

Not many people were doing this then, and over the years people started asking me to show them how to get colour from leaves, roots and flowers. So I developed a more organised approach, read books and experimented.  Our children went to Steiner School… and I learnt to weave and felt.  Despite never formally training as an artist, I found I was in my element playing with colour and texture. 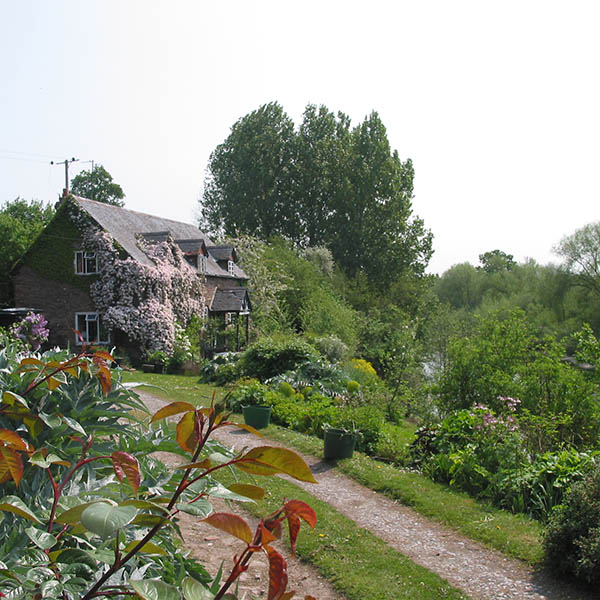 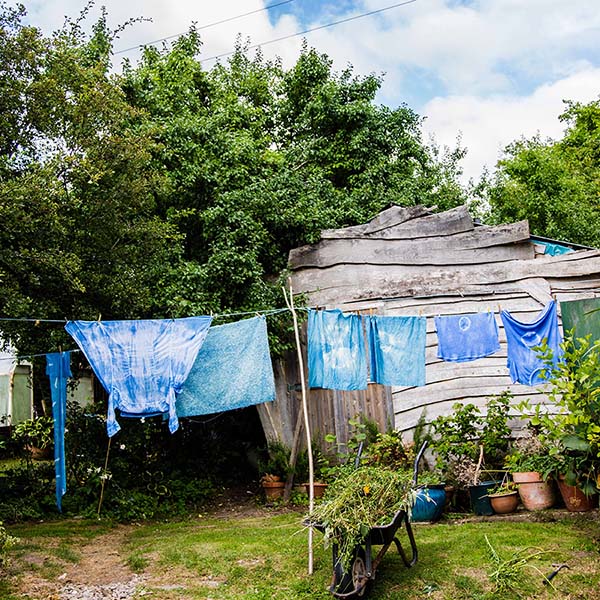 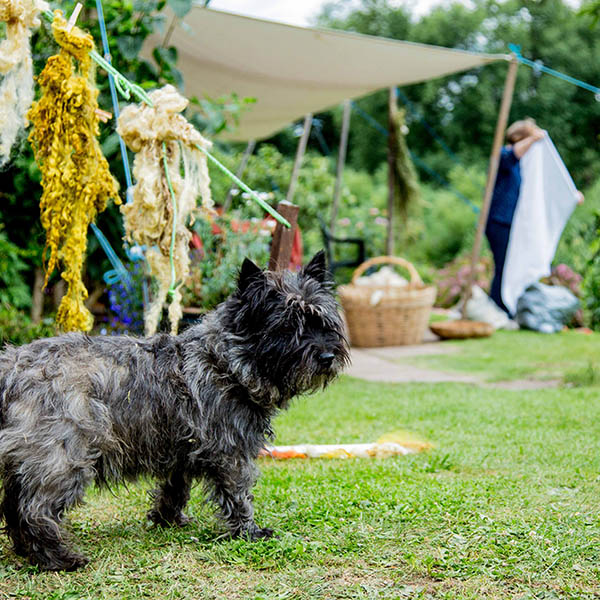 Along with my passion for gardening, and no doubt, the help of Julian and his bees, we now have a wonderful house and garden on the banks of the River Wye, which is where I invite you to join me for Plant Dyeing, Weaving and Felting workshops.

I love teaching these skills, understanding that people might arrive knowing nothing, or even quite a lot! Regardless, you will likely leave with new skills, strengths and beautiful things that you have made having had a relaxing, entertaining and hopefully inspiring few days.

Each person will also have taught me and everyone else a lot too.  I feel so lucky to be able to have a lifestyle that is connected to the land and still, after all these years, enjoy sharing it with others.

Plant Dyed Wool in the media

Whilst we are all disappointed not to be able to a

We are going to be at Wonderwool Wales next weeken

The dye garden is coming to life ready to provide

We’re at @unravelfestival this weekend so hope t

Scrumptious colours created by nature! If you ever

Walnut leaves in the dye pot which make fleece the

Plant dyed fleece drying on the line at one of my

Detail from a Brinkley Loom weaving showing how yo